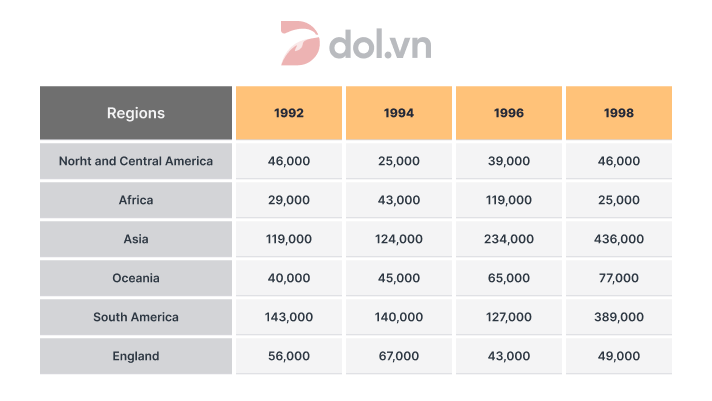 Idea 2
Figures at the end of the period

The table illustrates the rise and fall of cacao production in six different regions around the world from 1992 to 1998.

stands out from the table
is that Asia and South Africa took turns to
dominate
the list over the years.

Regarding cacao production in other regions in 1992, they all far

Which is the synonym for 'To dominate'?