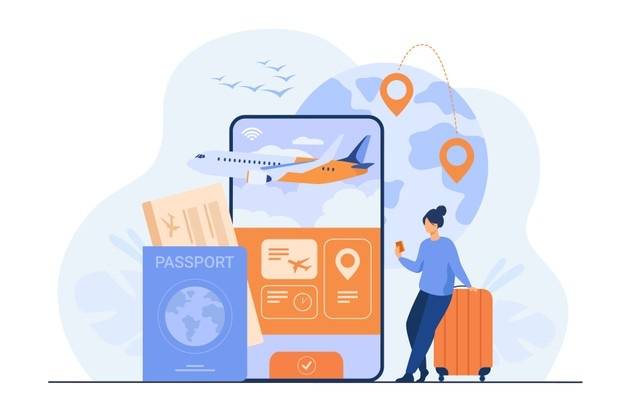 Advantage and disadvantage of tourism là gì? Hãy cũng xem những gợi ý của DOL ở phía dưới nhé! Positives of Tourism • Tourism is a popular leisure activity; • People go on holiday to relax and have fun; • Tourists can experience different cultures; • They can sunbathe on beaches or go sightseeing; • Travelling abroad opens our minds and broadens our horizon; • We can learn to speak other languages; • The tourist trade is vital for some economies; • It creates employment in services like accommodation, transport and entertainment; • Some areas rely on tourism for their income; • Tourists spend money; • Tourism attracts investment from multi-national companies; • It helps to improve the standard of living; • Low-cost airlines are making it cheaper to travel abroad. Negative Effects of Tourism • Tourism can have a negative effect on the natural environment; • Tourism will always have an impact on the places visited; • The building of facilities and infrastructure can destroy the habitat of wild animals; • Beautiful beaches are spoilt by the building of hotels; • Tourism creates pollution and waste; • It puts pressure on local resources; • Local traditional and cultures may be endangered; • A rise in the cost of living affects local people; • The price of goods, services and housing may increase significantly. The Future of Tourism • Government should introduce laws to protect natural environments and local cultures; • Tourism should have a low impact on wildlife; • Renewable resources like solar or water power should be used; • Waste should be recycled; • Local businesses such as farms should be supported.

Sample 1 “International travel has many advantages to both travelers and the country visited. Do you think advantages outweigh disadvantages?” Travelling abroad certainly exerts several positive influences on tourists as well as the host country. Although there are still drawbacks of international travel, I think its values are more significant. On the one hand, the downsides of welcoming foreign visitors are varied. Regarding tourists themselves, travel expenses in famous tourist destinations, Venice for example, are expensive, and there are many complicated and tedious prerequisite procedures such as visa application or plane ticket reservation. As for the countries that play host to international tourists, the rise in costs of living may lay much pressure on local people and be a detriment to domestic travel. This is because the growth in the number of tourists from abroad would encourage costs of hotel rooms and other services to increase. People in the neighborhood and domestic visitors would suffer in comparison. On the other hand, I suppose the benefits of international travel would eclipse those analyzed disadvantages. First, travelers can have numbers of fascinating experiences of exotic cuisine and culture, and they get to see places they have not seen before. A typical example of this is when tourists from other countries come to Vietnam, they would have the opportunity to use chopsticks, enjoy traditional meals and go sightseeing in the countryside. Second, the increased number of foreign people coming to visit another country would evidently enhance tourism industries, contributing greatly to the wealth of that country. If tourists enjoy their trips, they will recommend the destination to their friends or perhaps they will come back in the future. In conclusion, it appears to me that the merits of international tourism are more notable than its drawbacks. Sample 2 “Foreign visitors should pay more than local visitors for cultural and historical attractions. To what extent do you agree or disagree with this opinion?” It is sometimes argued that tourists from overseas should be charged more than local residents to visit important sites and monuments. I completely disagree with this idea. The argument in favour of higher prices for foreign tourists would be that cultural or historical attractions often depend on state subsidies to keep them going, which means that the resident population already pays money to these sites through the tax system. However, I believe this to be a very shortsighted view. Foreign tourists contribute to the economy of the host country with the money they spend on a wide range of goods and services, including food, souvenirs, accommodation and travel. The governments and inhabitants of every country should be happy to subsidise important tourist sites and encourage people from the rest of the world to visit them. If travellers realised that they would have to pay more to visit historical and cultural attractions in a particular nation, they would perhaps decide not to go to that country on holiday. To take the UK as an example, the tourism industry and many related jobs rely on visitors coming to the country to see places like Windsor Castle or Saint Paul’s Cathedral. These two sites charge the same price regardless of nationality, and this helps to promote the nation’s cultural heritage. If overseas tourists stopped coming due to higher prices, there would be a risk of insufficient funding for the maintenance of these important buildings. In conclusion, I believe that every effort should be made to attract tourists from overseas, and it would be counterproductive to make them pay more than local residents. Sample 3 “Nowadays, international tourism is the biggest industry in the world. Unfortunately, international tourism creates tension rather than understanding between people from different cultures. To what extent do you agree or disagree with this opinion?” The growth of tourism and the numbers of people travelling to other countries for their vacations has led to debate as to whether this is beneficial. I believe that there are many problems which arise out of the tourist industry, and will examine these in detail. Many people argue that travel broadens the mind. However, this statement does not fully hold water. I would argue that spending a few weeks in another country is not long enough to gain a proper understanding of an alien culture. A foreigner visiting Britain might be met with the traditional British reserve, and mistakenly conclude that the British are unfriendly. Furthermore, some people are unwilling to open their minds. A Western traveller to an Arab country is unlikely to consider that the veiling of women is acceptable. Being a tourist in a foreign country brings with it problems that can lead to dislike of the native people. Firstly, a foreigner is vulnerable, and is often ripped off by locals. Secondly, the language barrier can lead to misunderstandings. Thirdly, tourists are often hassled to buy goods, which can ruin a holiday. When I went to Bali, people tried to sell me something every five minutes, and this totally spoilt my sunbathing. Local people also often end up disliking foreigners. Visitors may mistakenly act contrary to local norms, or they may just be plain offensive, as many drunken British holidaymakers must seem to the Spanish. Global tourism can lead to hostility from the native people, who may feel their traditional way of life is under threat. Additionally, the relative wealth of the foreign visitors can cause envy and resentment. In conclusion, I would say that I largely agree with the argument that global tourism creates misunderstanding between people from different cultures, and that the differences are often a cause for conflict rather than celebration.